Why the MacBook’s Glowing Apple Logo was Removed ?

by Jessica Harris 9 months ago

Back in 2015, Apple introduced the 12 inch MacBook, the first model ever, to feature an Apple logo that didn’t light up. Since then, the MacBook Pro and MacBook Air have also received the same treatment. This caused some controversy since the glowing Apple logo has been around for over 2 decades and has become an iconic design element of Apple’s notebooks. So when the 12 inch MacBook was introduced, it was the thinnest model in Apple’s history. In fact, at 13.1 millimeters it was 24% thinner than the MacBook Air, but that dramatic improvement didn’t come without compromises.

For example, Apple had to create a new super thin keyboard that featured butterfly mechanisms instead of the traditional scissor design. They claimed the new keyboard was an improvement, but that didn’t turn out to be the case. It was extremely faulty and resulted in a class action lawsuit. Apple eventually reverting back to the scissor keyboards, but another compromise of the 12 inch MacBook was the non illuminated Apple logo. Since the display was so thin, 2 problems arose first. If there was a strong enough light source behind the display, you could actually see a subtle hotspot in the center of the screen. Since the glowing Apple logo was a transparent cutout, that allowed the display’s backlight to shine through but also allowed external light to enter. This meant using the MacBook. Outside could cause color inaccuracies on the display. So to eliminate this potential issue, Apple had to seal off the chassis of the display entirely, which meant getting rid of the translucent logo. But there was another benefit to this approach. 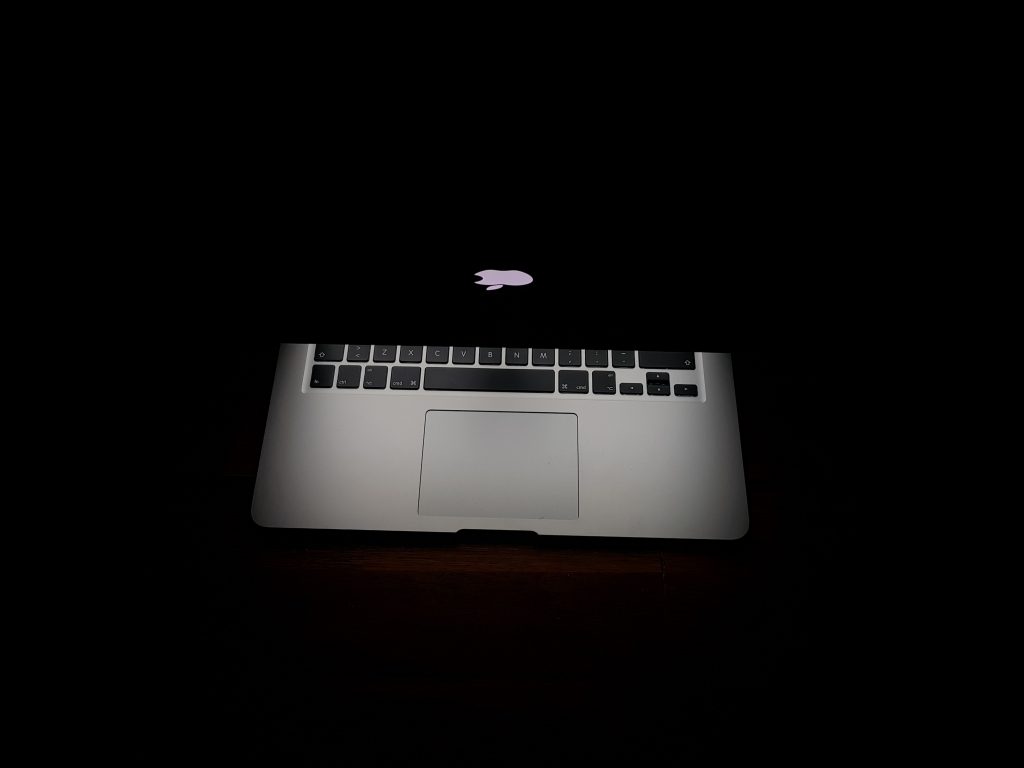 The thinness of the Macbook display combined with the Apple logo cut out caused structural rigidity issues, just like the iPad Pro has easily bent thanks to the Apple Pencil attachment. Cut out, the MacBook could have easily been bent due to the Apple logo cut out. So replacing its weak spot with a piece of metal helped eliminate this structural weakness. The third reason why Apple got rid of its glowing logo is purely aesthetic reasons. Back when the trend started in 1999 with the Powerbook G3, Apple was mounting a comeback. Steve Jobs had just returned to the company three years prior, and he put a huge focus on establishing a new reputation for Apple since they’ve fallen out of favor with customers over the past decade, that’s what sparked the think differently. Ad campaign and radical new computer designs like the iMac and Powerbook, it was the first time a glowing Apple logo had been used and it was crucial in creating brand awareness.

Seeing a prominently displayed Apple logo in public reminded people that the company was still around and was actually creating some really cool products. But today Apple has been moving away from this overt brand strategy and shifting to something more subtle. For example, they could have put an Apple logo on the Airpods Max. Like almost every other headphone manufacturer, but they didn’t. Also, with the 24 inch iMac, Apple removed their logo from the product’s chin for the first time since 2004, and it makes sense why they don’t need their logo to be as overtly displayed anymore. Apple isn’t struggling to garner attention or win customers from other brands. They’re by far the biggest and most recognizable tech company in the world with almost every product they create dominating their respective market. Apples have also been unifying. For product design in recent years and since the iPad, iPhone, and Mac desktops all have non-illuminated Apple logos, it made sense to carry that design language through to the MacBook line. So while it’s understandable to feel sentimental about losing the glowing Apple logo, it can also spark some excitement since it represents a new era of Apple with plenty of incredible products yet to come.

The Facts Behind Apple Domination in Japan

Coming in Hot! The iPhone 14

Why does Apple invest so much in Research...