‘In an average year, Apple holds three to four events. There’s usually a spring event in March, the Worldwide Developers Conference in June, a September event that’s focused on iPhone and Apple Watch, and sometimes an October event if there are iPads or Macs expected in the fall.’

So every September Apple arranges an event in order to reveal the next generation of iPhones.

But the question is ‘Why September?’ and ‘why do they seem so consistent in releasing a new version of iPhone each year?’

Now, let’s go back back to when the iPhone was first announced in 2007, it turned out that the iPod was Apple’s highest selling product, but that quickly changed when iPhone took the top spot in 2010, and this shift was important, since the company tends to focus most of their resources on the most profitable products, prior to the iPhone, the iPod received annual upgrades, but as its sales were eclipsed by the iPhone, it was upgraded less frequently. With most models eventually being discontinued.

Annual iPhone release also ensures customers have the opportunity to upgrade their devices as often as possible, therefore maximizing the company’s annual profit.

In recent years Apple has made upgrading more affordable by introducing initiatives like their trade-in program, giving customers a discount on new iPhones when trading-in their old model, and their iPhone upgrade program gives customers access to the latest iPhone model by paying a flat monthly fee throughout the year, this is in contrast to the carrier subsidy approach in the early days of iPhone, in order to make the devices more affordable back then, carriers would pay a portion of the iPhone upfront cost, to attract new users to their network, but the deal required a two-year contract, which meant users wouldn’t be able to buy the latest iPhone on an annual basis, and be part of the reason why Apple used to release major iPhone updates every two years with an incremental ‘S’ model in between. 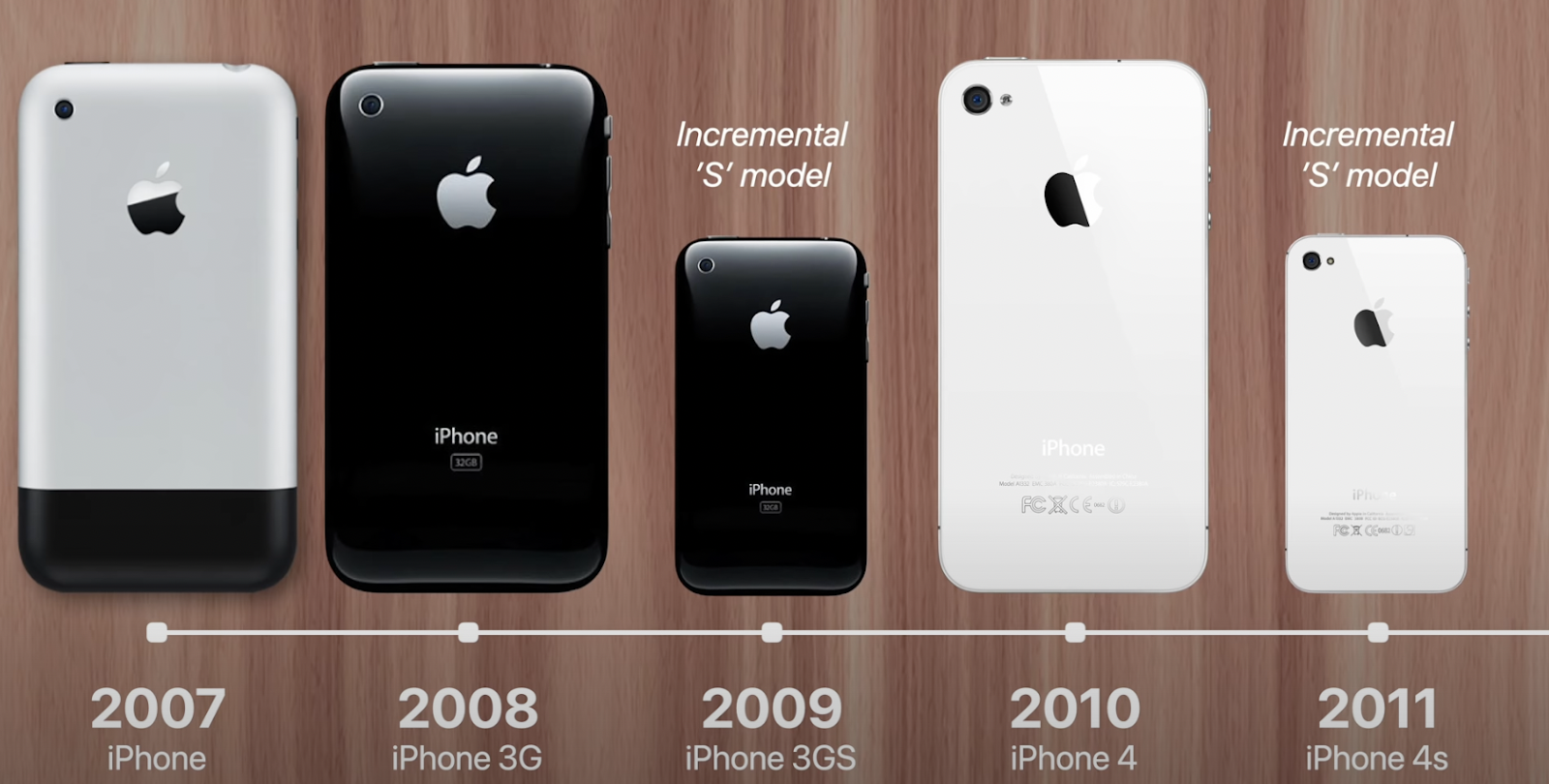 Recently, Apple has broken from that pattern, making more significant upgrades every year with the iPhone 11, 12, and 13, which likely to further entice existing users to upgrade, especially now that 2 year contracts are a thing of the past.

But, if you think Apple releasing new iPhones every year is excessive, you may want to consider their competition companies like Samsung and Huawei

who continuously release new phones throughout the year, which not only helps boost their sales, but also puts the pressure on Apple to keep up with the latest Android upgrade program.

This article is inspired by a video in Apple Explained YouTube channel.

Why Apple Products Come With Stickers

Why There’s A Bite In The Apple Logo

History of The Apple Logo