The Explanation about Apple’s M Chips

by Jessica Harris 6 months ago

Over the past two years, Apple’s completely transformed their Mac lineup by moving away from Intel and adopting its own homegrown chips instead. This has allowed Apple to become even more aggressive with their computers, designs and performance, but things have gotten a little confusing along the way. From the M1 to the M1 Pro M1, Max M1 Ultra,, and even M2, it’s become difficult to differentiate one from the other. So let’s sort it all out, starting with. M1 It was the first to be introduced and today serves as Apple’s entry-level chip. It’s available on the largest number of Mac models, including the MacBook Air, Mac mini, and iMac. Despite the M1 being the lowest performing chip, it was much better than the Intel processor it replaced, thanks to dramatically improved performance per Watt or the amount of energy a processor consumes when performing tasks. This improved efficiency allowed for better graphics and processing power. While consuming less battery and generating less heat one year later, the M1 chip was iterated upon with the M1 Pro and M1 Max. 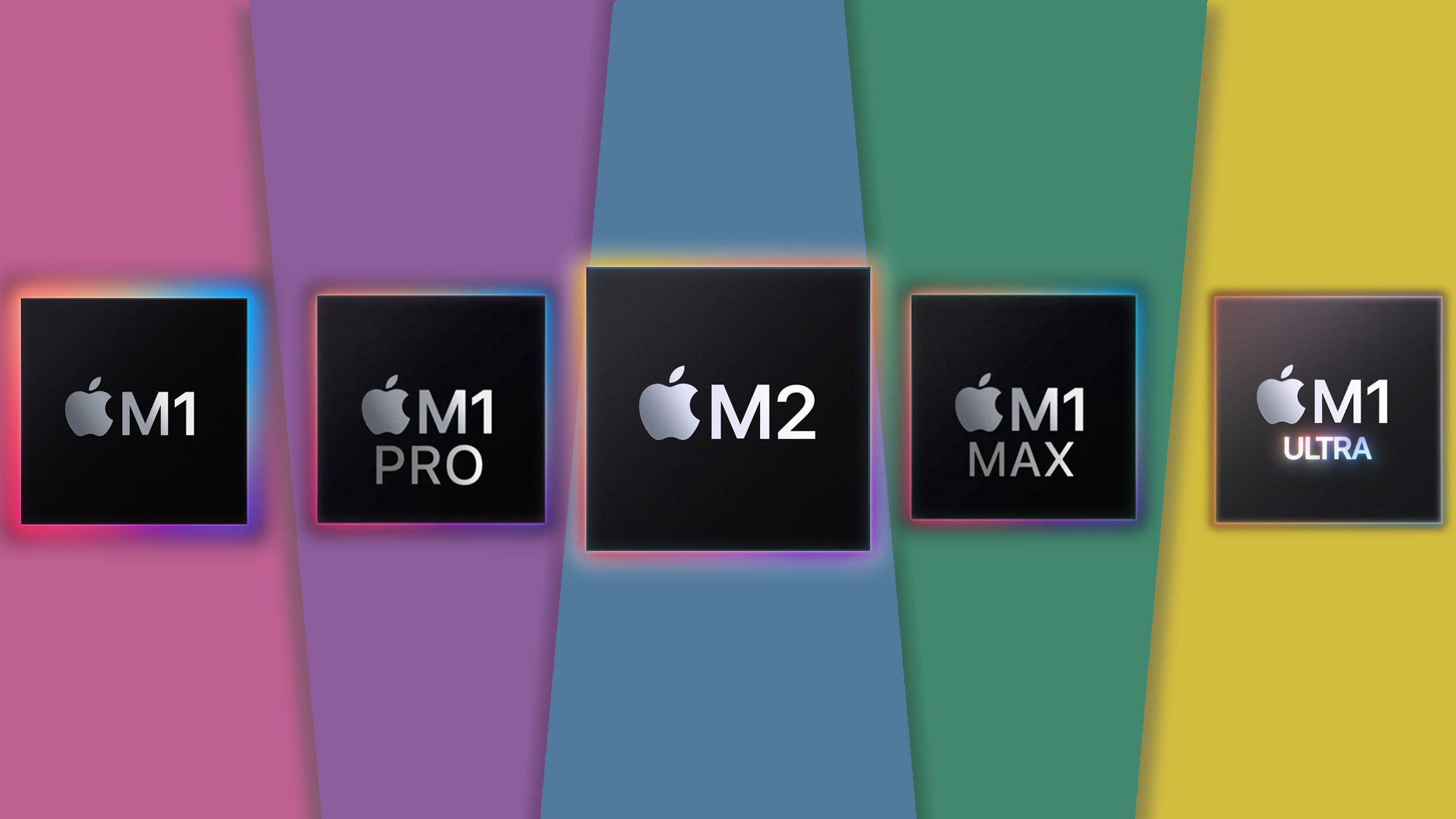 They were larger chips that added more processing and graphics cores, faster memory bandwidth, advanced media engines, and more memory. All that to say, the new chips took the performance of M1 to a much higher level, but this came at a cost, not only monetarily, but to heat and power efficiency. The M. And pro and M1 Max required a more robust cooling system which took up extra space inside a computer and they required more power which drained the battery faster. That’s why these higher performing chips weren’t included in the MacBook Air since it was too thin, didn’t have fans for cooling, and had a small battery. So instead Apple used the chips in an updated MacBook Pro which was thicker, larger and heavier than the air, but included two fans. More air vents and a larger battery when it came to a desktop, computer, batteries, and power efficiency weren’t nearly as important, so Apple could double the power consumption of the M1 Max to dramatically increase performance. They accomplished this by fusing together 2M1 Max chips and giving it the name M1 Ultra, which was released just this year on the New Mac studio. By this time, the M1 MacBook Air had already been out for two years with the design. That was four years old, so Apple gave it the biggest update ever last month with a new, more compact chassis, a larger display, and a new chip called M2. Now given the name, you might assume it’s more powerful than any M1 chip that came before, but that’s not the approach Apple’s taking. M2 is simply an improvement over the previous generation M1. The M1 Pro Max and Ultra are all still more powerful in order to replace. Apple will have to release an M2 Pro M2 Max and M2 Ultra. These chips haven’t yet been confirmed, although they’re likely to be released in the near future as Apple continues to improve its computer lineup.

iMac $500 nano-texture glass: Should you?