You might have seen WWDC 2022. There were a couple of exciting announcements from Apple. This time, I want to talk about the M2 MacBook Air specifically because there are a couple of things that Apple either just straight up, didn’t mention, or didn’t provide a lot of details on. So, I thought this might be helpful for you to watch if you’re thinking of buying it or upgrading from your current MacBook. So let’s start with performance! So the M2 is using a Second-generation 5 nanometer technology, and using this improved 5-nanometer technology has allowed Apple to cram 20 million transistors onto the same chip surface, or about 25% more than M1. 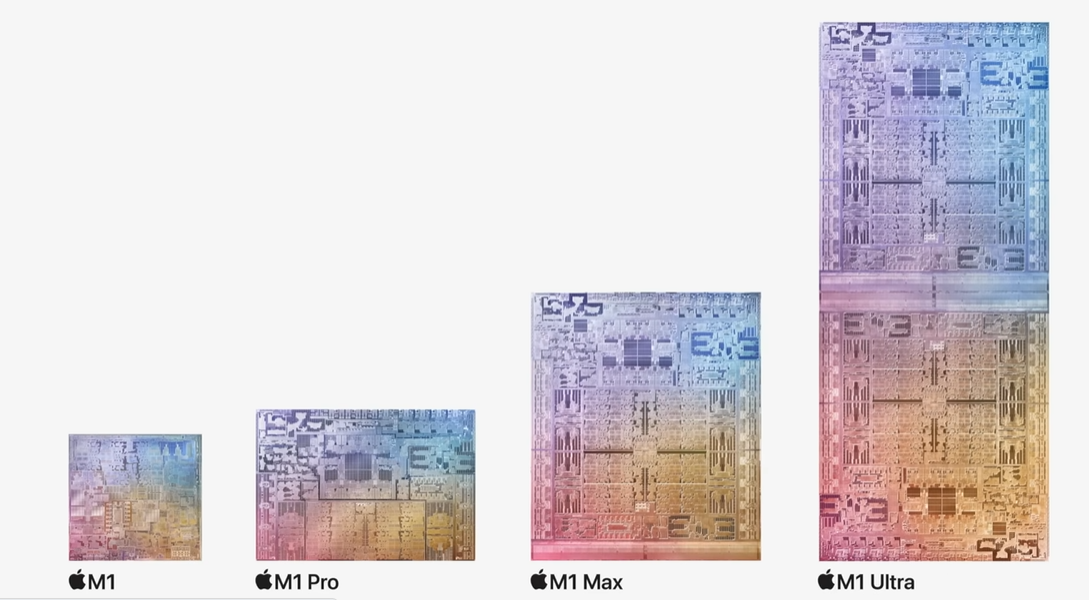 MUST READ!!! Let Me Tell You More about Apple’s M Chips!

But apparently, these improvements only translate to about 18% more CPU performance, and that’s based on Apple’s dubious industry standard benchmarks, which no one but Apple has access to. We’re also getting an additional GPU core on the base model and with a larger cache, and we’re getting double the memory bandwidth. And if you’re a fan of the channel, and you watched my M1 Pro and M1 Max comparison videos late last year where I compare the difference between eight and 10 CPU cores, or 14 and 16 GPU cores, the extra cores don’t scale linearly. So, although, on paper, if you go from say eight CPU cores to 10, it might seem like a 25% increase. But when you look at real-life workflows, Photoshop, video editing, and coding, for example, it’s much less than that. Sometimes only around 10 to 15%, sometimes even nothing. Again, it depends on the specific workflow.

So, take what Apple is saying with a grain of salt because we don’t know what benchmarks they’re using to benchmark these new chips. We also don’t know how they will perform in real-life workflows. Probably not going to be that much of a difference from the M1 chip. This brings me to my next point about RAM. With M2, you’ll get better performance, and you also get those media engines, which help massively with video editing. The problem here is, that with most video editing workflows, you will need at least 16 gigabytes of RAM. 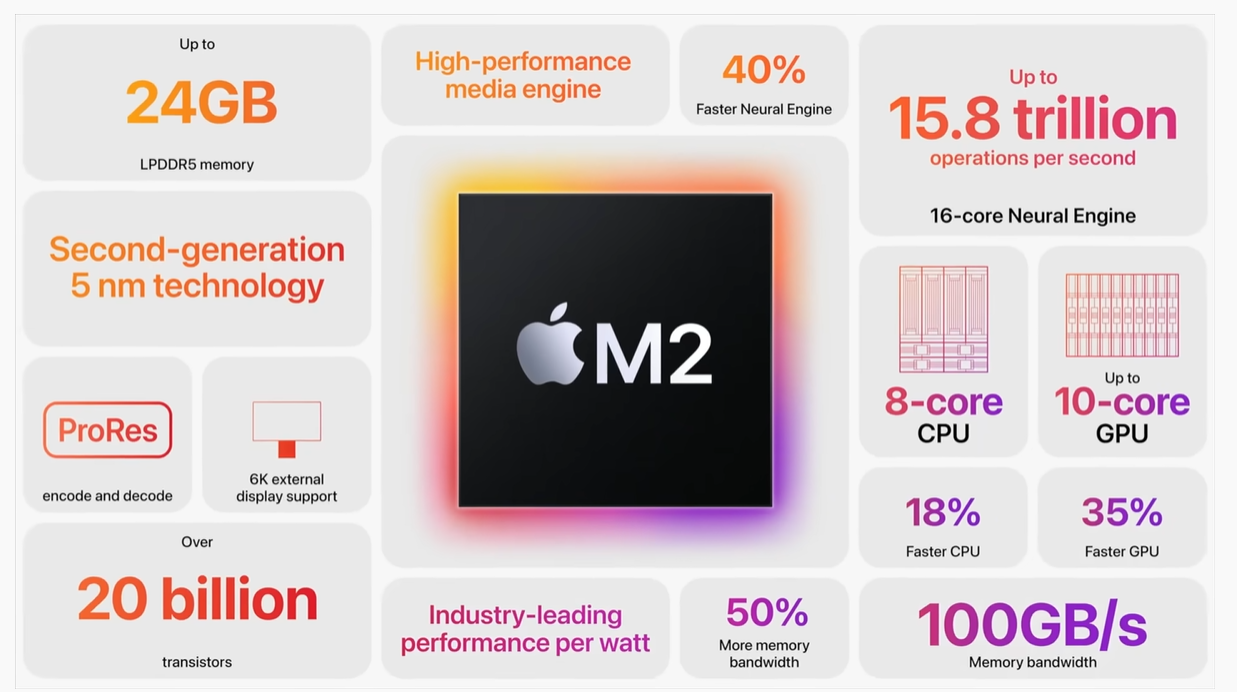 I mean, look! Sure you can get away with 8 gigabytes for some relatively simple timelines, like if you mostly do 1080p or a little bit of simple 4K. You are probably going to be fine! But once you start getting into adding effects, stabilization, or longer timelines, for example, you need 16 gigabytes of RAM. And this also goes for other workflows, not just video editing. For example, if you’re a developer, and you’re compiling code in one window, and then multitasking in another one, or if you use Photoshop or Lightroom, you could be bottlenecked if you choose the 8-gigabyte base model option. Because you won’t be able to take advantage of the additional cores or improvements with the CPU and the GPU. After all, you’ve only got eight gigabytes of RAM.

There’s only so much you can do with eight gigabytes compared to 16 gigabytes. And typically, you’ll also likely want an upgraded 512 gigabyte SSD. So at this point, you might as well spend a bit more, and get the 14-inch M1 Pro. And this brings me to my next point, I think the M1 MacBook Air is already powerful enough for 95% of people. I mean, if you think about it, if you look at all the people out there that own an M1 MacBook Air, 95% of people just use it to browse the internet, or do online shopping, or emails, or chat with their friends, or watching movies, for example. They’re not doing video editing, photo editing, or any of that hardcore stuff. 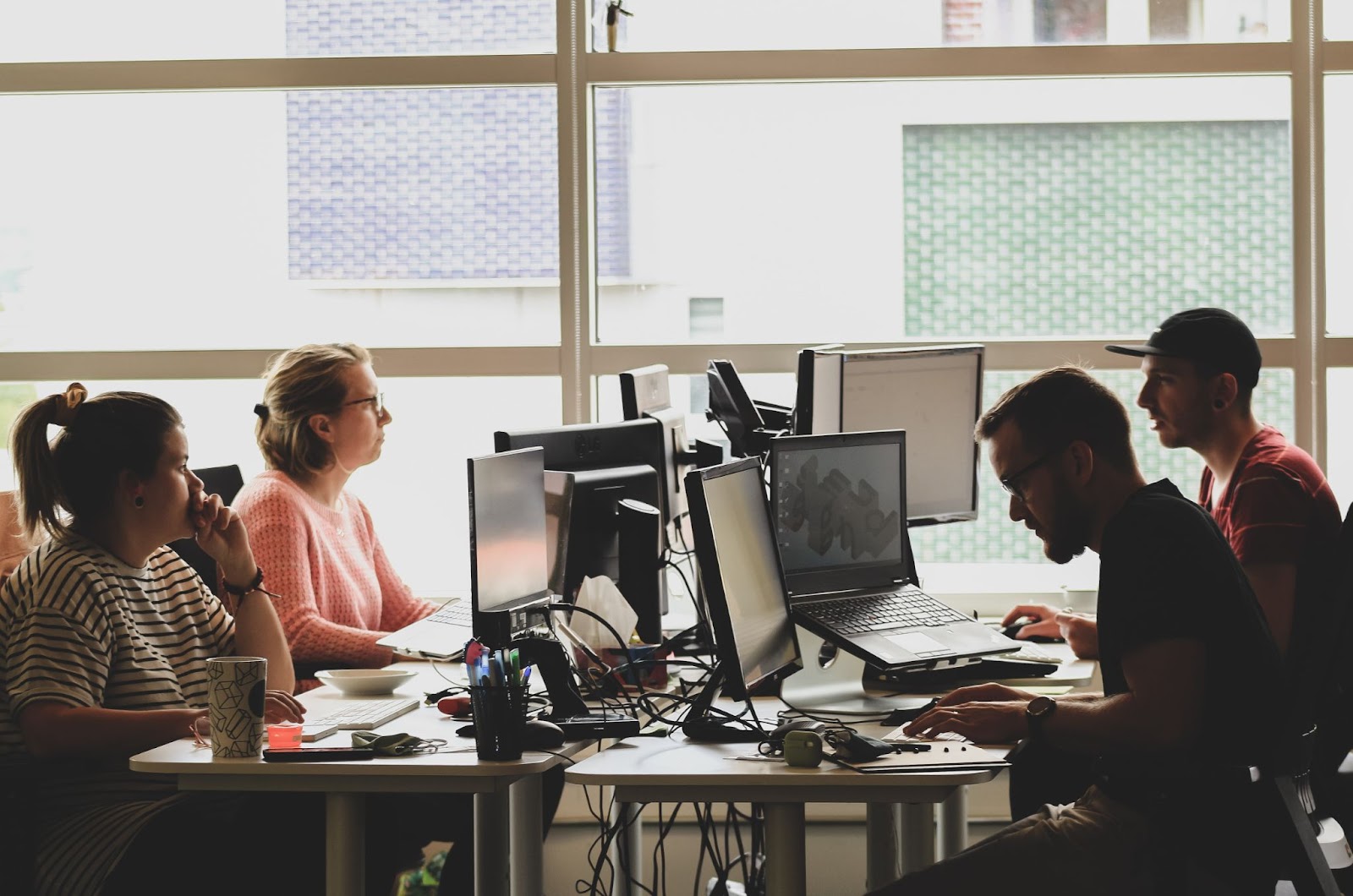 And I think we’re also rapidly approaching the point of diminishing returns: end of the day, how powerful do you need an entry-level Apple silicon device to be? One thing I’ll also mention here is that Apple seems to be marketing the M2 MacBook Air toward a more “professional” audience. But the thing is, it still doesn’t output to more than one monitor. So if you guys remember, back two years ago, this was a massive issue with the launch of the M1 MacBook Air and the M1 MacBook Pro. You could only output to one external monitor unless you did some weird workaround with virtual displays. I made a video on that if you want to check that out. But even now, in 2022, with the M2 MacBook Air, that same limitation is there. And that’s going to put off a lot of people because, I know a ton of people, specifically, developers and coders, that this is a deal breaker for them. After all, they need two monitors at least with their MacBook, and you just can’t do that with the M2 MacBook Air.

MUST READ!!! Did You Just Bought The Wrong MacBook???

Okay, let’s talk about price as well. Now, the M2 MacBook Air is $200 more expensive than its predecessor at $1,200 US. Now, I still think this is good value for what you’re getting. I mean, if you look at all the specs of the M2 MacBook Air: the screen, the speakers, the webcam, it’s honestly an awesome package. But the problem is, that we are talking about a base model entry-level device. So this is Apple’s cheapest laptop, and that means it’s marketed at people that don’t have a lot of disposable income to spend on electronics.

So for a pretty large target market of the MacBook Air, they’re now completely priced out. This is a 20% price increase on what has traditionally always been a $1,000 laptop. And in some places, including a lot of European countries, it’s not just $1,200 US, it’s up to 1,500 euros, which is a lot of money. In Australia, it’s between 1,800 to 2,000 Australian dollars depending on what kind of configuration you get, and that is a lot of money. And don’t forget, you can buy yourself a lot of laptops from other brands, such as Dell or Microsoft. Now, there are obvious reasons for this price increase. So number one, again, you get a ton more features over the M1 MacBook Air, but secondly, as well, Apple is having a massive supply issue with their Max.

Essentially, there are just not enough chips and not enough manufacturing going on in China right now to keep up with the demand. So even though the new MacBook Air is now 20% more expensive, I’d say that Apple’s profit margin on this machine has been greatly reduced simply because it costs more to manufacture them now. And that brings me to my next point, there are so many other options. Now I did think it was strange that Apple is keeping the old stuff around. So the M1 MacBook Air and also the M2 MacBook Pro chassis are the same. But I think Apple is trying to kill two birds with one stone with this approach.

So, first of all, get rid of all of their old stock so that chassis’s been in production for years. I bet they’ve got tons of it lying around. They just want to get rid of it all. And secondarily, it just makes the M2 MacBook Air look like a more enticing option. So if you compare the three, the M2 MacBook Air is the better option right now if you can afford it, of course. Like why on earth would you buy an M2 MacBook Pro when it has fewer features, and it’s using an old outdated chassis and design? And why would you buy an M1 MacBook Air when for just $200 more, you get a ton of really, really awesome features like MagSafe.

You also get a much better screen and brand new chassis. You also get the 1080p webcam, and things like Spatial Audio, And speaking of the M2 MacBook Pro, the M2 chip can pull a little bit more wattage than the M1. So you might run into some increased thermal issues on the Air, at least that’s my theory, ’cause don’t forget that the chassis on the new M2 Air is now also thinner and lighter than the previous version of the MacBook Air. So you probably won’t see any difference between the two in just short bursts, but for those sustained things, so rendering a long video, or compiling code over 20 minutes, for example, the fan and the increased cooling capacity on the M2 MacBook Pro might start to kick in and make a big difference compared to the M2 MacBook Air. 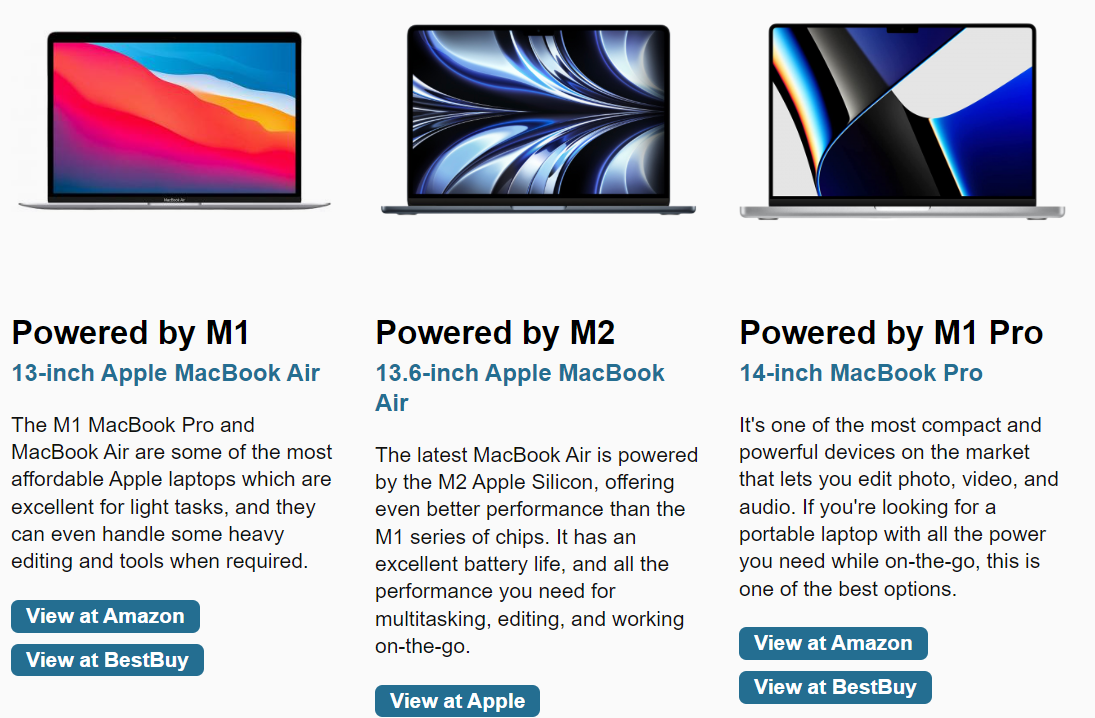 COMING IN HOT!!! The So Called iPhone 14’s Dynamic Island

And this might be the only selling point of the M2 MacBook Air because as we all know, there was not much of a difference between the M1 MacBook Air and the M1 MacBook Pro. There was maybe about five to 10% in really, really hardcore sustained stuff, but apart from that, they are both pretty similar. So yeah, certainly an interesting WWDC this year. I didn’t expect the M2 MacBook Air to be launched this early. And I think it’s going to be very interesting to see how all of these new models of Mac stack up against the predecessors and also some of the competition out there because at this point, all we’ve got is a couple of random graphs from Apple. We don’t know what they mean!

We’re fed a lot of specs from these presentations that have no meaning. So, I’m looking forward to getting them into the studio, testing them out like I did the previous gen of Macs, and hopefully, we’ll see what kind of differences we can find.

Apple Music: What’s on Your Playlist?

When Should You SHUT DOWN Your Mac? (it might surprise you!)