Late Talk About The New Macbook Pro (No Touch Bar)

This will be a late talk about the new Macbook Pro, and surely about their biggest updates in over a decade. This brings a lot of criticism and arguments on the internet world, but the real question is; is it really different from the older version of Macbook Pros? Considering it does not come with Touch Bar anymore.

Comparing the 14 inch with the rest of Macbook Pro doesn’t seem so productive, since it is the first time Apple released the version that stands between the 13 inch and the 15 inch. 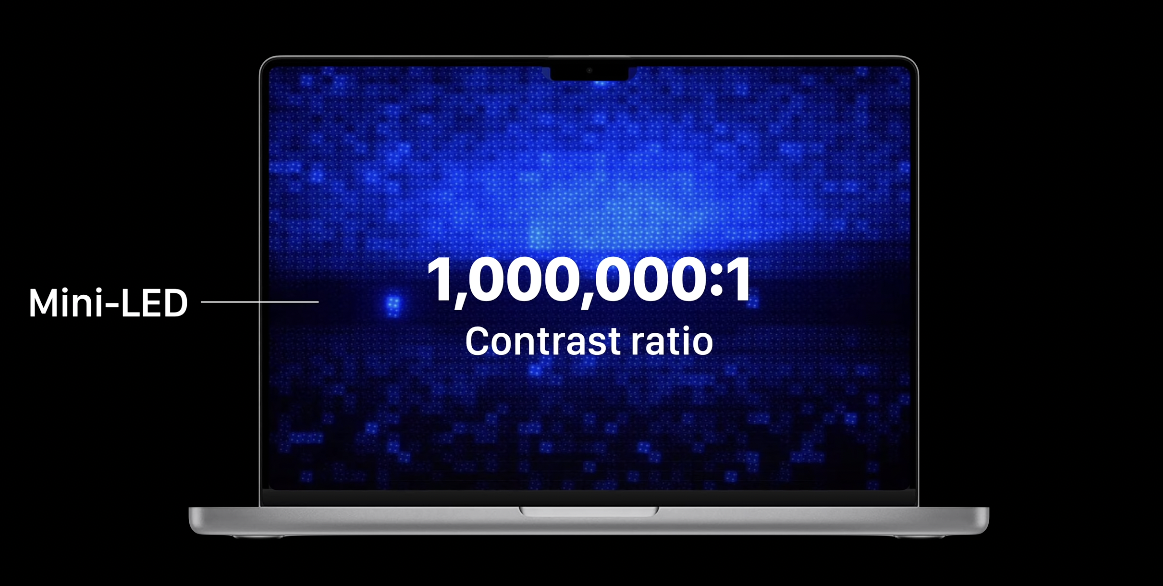 That means your photos and movies will have much more contrast, achieving an appearance similar to an OLED iPhone rather than a muddy LED MacBook Air.

This new technology also allows for higher brightness, increasing from 500 nits to 1000.

But there;s even more to love about this display. Because for the first time ever Apple has equipped a Mac with ProMotion technology, doubling the display’s refresh rate from 60Hz to 120, which means animations and scrolling on the MacBook Pro will be twice as smooth.

What might be most impressive of all, is that Apple was able to squeeze all this new technology into a display chassis that’s just as thin as the 13.3 MacBook Air.

When it comes to its overall footprint, the 14.2 inch Pro is only about a third of an inch wider and deeper than the Air, thanks to a 60% decrease in overall bezel thickness, which brings us to the most controversial aspect of the M1 MacBook Pro and that is:

Just like with the iPhone X, the Notch is a divisive design element. But that doesn’t change the fact that it’s necessary.

In order to have a 1080p FaceTime camera with double the resolution, a wider aperture, and a larger image sensor than the previous generation, a notch had to be included to house all those components, and its implementation on the MacBook Pro was actually quite clever.

Apple managed to reduce the bezels enough to create space for the menu bar on either side of the notch, so that it doesn’t obstruct any usable display space, and because of the display area still has a 16 by 9 aspect ratio you’re actually recovering screen space that the menu bar used to take up. 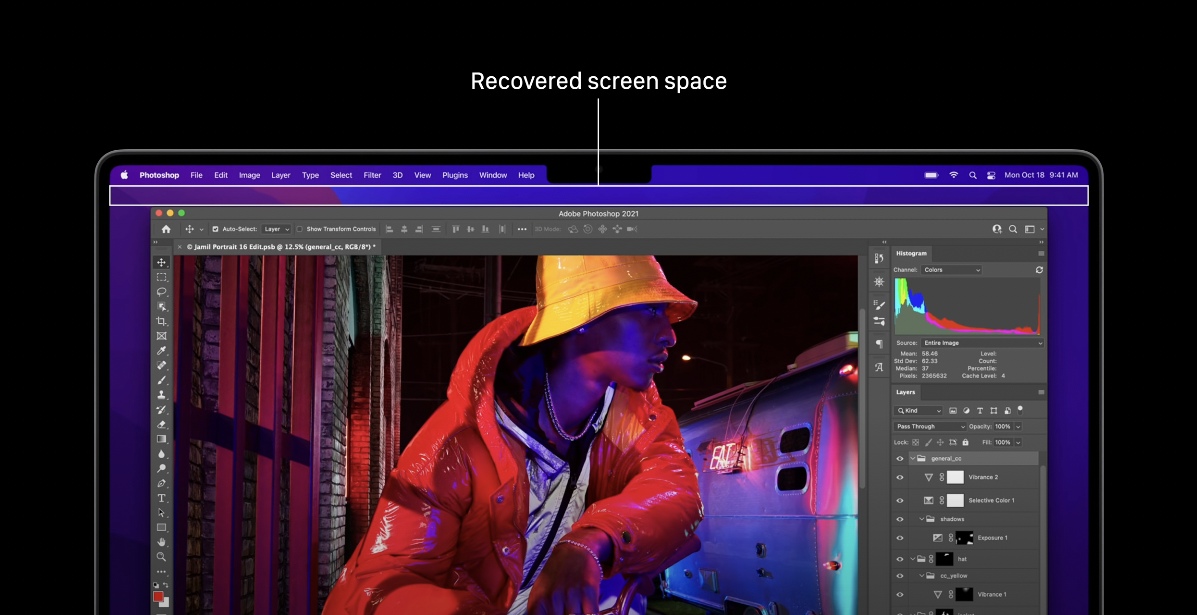 Not to mention the notch disappears when apps enter full screen mode and while watching videos or movies.

On the bottom half Apple has abandoned quite a few signature design trends of the MacBook Pro, instead of being thinner and lighter than the last generation.

These new models are slightly thicker and heavier, but what’s even more surprising is that Apple didn’t try hiding the extra thickness with sleek tapered design like the previous MacBooks, instead they opted for a boxier design that looks closer to a 2006 model.

Reintroduction to Ports and Mobility

And while Apple has been removing ports from their notebooks for over a decade, this M1 MacBook Pro reintroduces an HDMI port, SD card slot, and even MagSafe,

which features a thinner profile and a woven fabric cable to prevent splitting and fraying.

Now you can still charge over the 3 included USB-C ports like previous models, but MagSafe offers a fast charging capability, powering the MacBook Pro battery from 0 to 50% in just thirty minutes,

Something else Apple has abandoned is the Touch Bar, which has been replaced by a traditional row of function keys. Before the Touch Bar, these keys were narrow to accommodate the product smaller chassis, but thanks to the M1 MacBook Pro’s slightly larger footprint there’s enough space to make the function keys full-size, allowing for a more comfortable typing experience, especially if you use the escape key often.

The keyboard itself is completely black,

in an effort to make the keys blend seamlessly into the enclosure, while also drawing attention to the backlit, instead of the aluminum border between them.

The Speaker and Audio

There’s also a new 6 speaker system that goes half an octave deeper than before, delivering 80% more bass

it’s also capable of spatial audio, which makes it really feel like there are speakers on your right and left sides, in addition to in front of you. Resulting in an audio experience you’ll have never heard from a notebook before.

The microphones have also been updated to a 3 mic array that features a 60% lower noise floor and directional beamforming,so your voice can be isolated from any ambient noise

Now, what’s inside the M1 Pro in M1 Max are the latest Apple-designed chips that deliver high-performance with low power consumption, featuring 2 to 4 times speed boost compared to the 16 inch Intel MacBook Pro.

All while staying cooler and quieter than before, thanks to less heat being generated and a new thermal system that moves 50% more air even at low fan speeds.

The so-called “Today at Apple”

Why AirPods Have Vents On The Outside

iPhone 14 Plus & The Problem with Benchmarks!

Astropad Studio, the tool that turns your iPad...

TSMC’s 3nm foundry price is as high as...

Apple iPhone 14 Plus may be discontinued to...