The fourth beta for iOS 16 and iPad OS 16 was sent out to developers today. While most of the changes are usually pretty small at this point. There are a few notable changes and editions worth pointing out for beta 4. Starting with messages! beta 4 now adds new limits for editing, unsend features, and messages. So when you edit a message, the edit history is now sent to the recipient along with the edit, so the original content is visible. On an edited imessage, you can now tap on the small blue edited label to see the edit history. It can be hidden again by tapping on “hide” edits. Before this beta, an edited message noted that it was edited but there was no option to tap and see what the previous message was.

In addition to adding and editing history, imessages can now only be edited a total of five times, before the edit option disappears. But there’s still a 15-minute window for making an edit. The edit history can be avoided by unsending an imessage and then resending it, but Apple has also implemented an undo send limitation. You’re now only able to unsend an imessage for up to two minutes after it’s delivered down from the original 15-minute window.

Activity kit beta is now available in beta 4, which will let app developers start creating apps that can take advantage of the new live activity feature, that was introduced at WWDC for iOS 16. Now developers can use an activity kit to configure, start, update, and end a live activity. Apple says an app’s widget extension creates the user interface of the live activity. But live activities are not widgets and ultimately use a different mechanism, to receive this update. You can now customize the amount of time for undo, send, and delay in the mail app, adding in a 10 and 30-second option in addition to the 20 seconds that was the default option from before.

There’s a new graphic that displays the difference between each notification option, like Stack, Count, and List. The lock screen on the now playing interface has been slightly changed, with bolder graphics and fonts. There’s also an add widget indicator whenever you’re customizing your lock screen, and you have a space it’ll let you know where widgets can be placed on your lock screen. The home screen also received a slightly new interface when customizing. 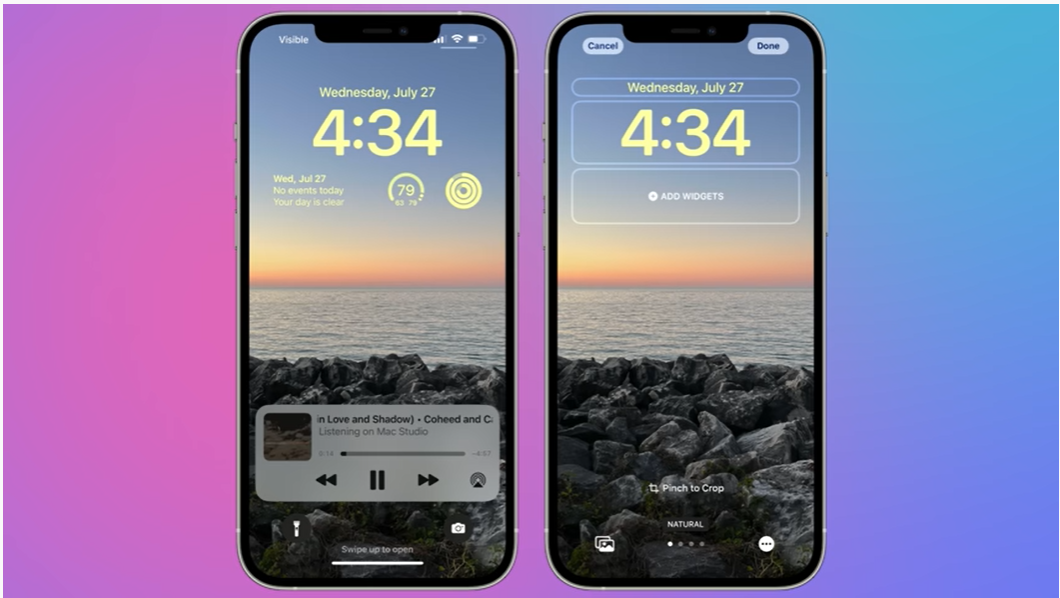 These are just some of the changes for beta 4 of course as I mentioned before they’re not going to be drastic at this point during the beta process, but getting these new messages feature and of course, live activities is a new feature, that’s going to be a big one once it’s available and from developers with their apps. I’d love to know your thoughts in the comments down below as well as if you’ve been using the new public beta of ios 16 what are your thoughts on it? Go ahead and let me know down in those comments.