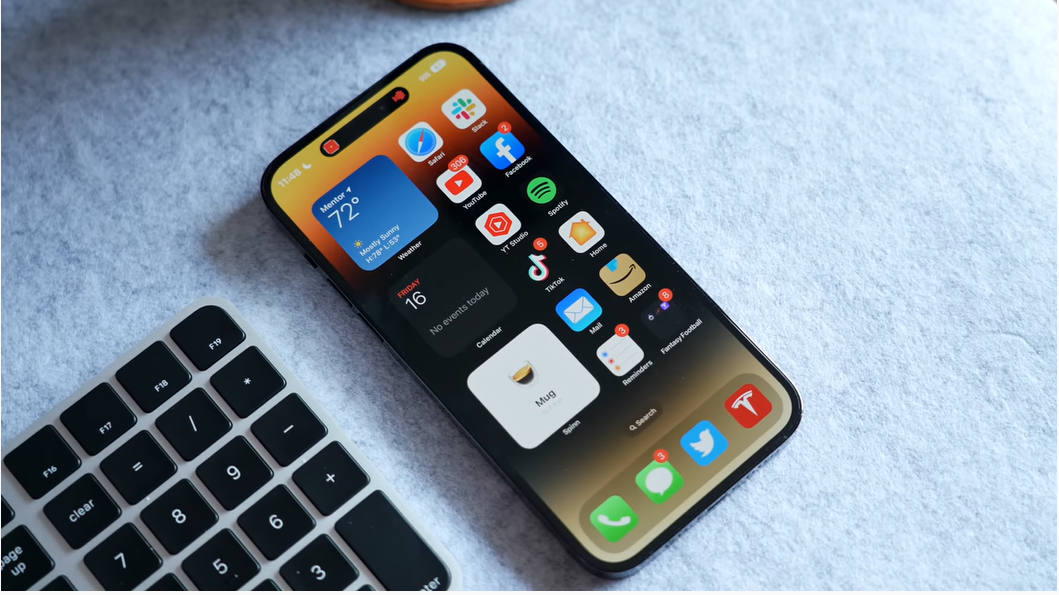 iPhone 14 Pro and Pro Max are finally here, and Dynamic Island has officially arrived! Most of us probably know what the dynamic island is by now, but if you’re still unfamiliar it’s just a fancy strange name that Apple has given its new pill and whole shape cutouts for the iPhone 14 Pro and 14 Pro Max. The reason for its fancy name is that this area has some very useful functionality to it. So let’s go in-depth Hands-On with pretty much everything that you can do, with the dynamic Island right out of the box! There are a few categories of functions that Dynamic Island currently works with. System Alerts, System Notifications, Live Activities, and Now Playing would be the most popular things you’re probably going to run into. In the future when live activities launch for iOS 16’s lock screen, that API can also be used for the dynamic Island. 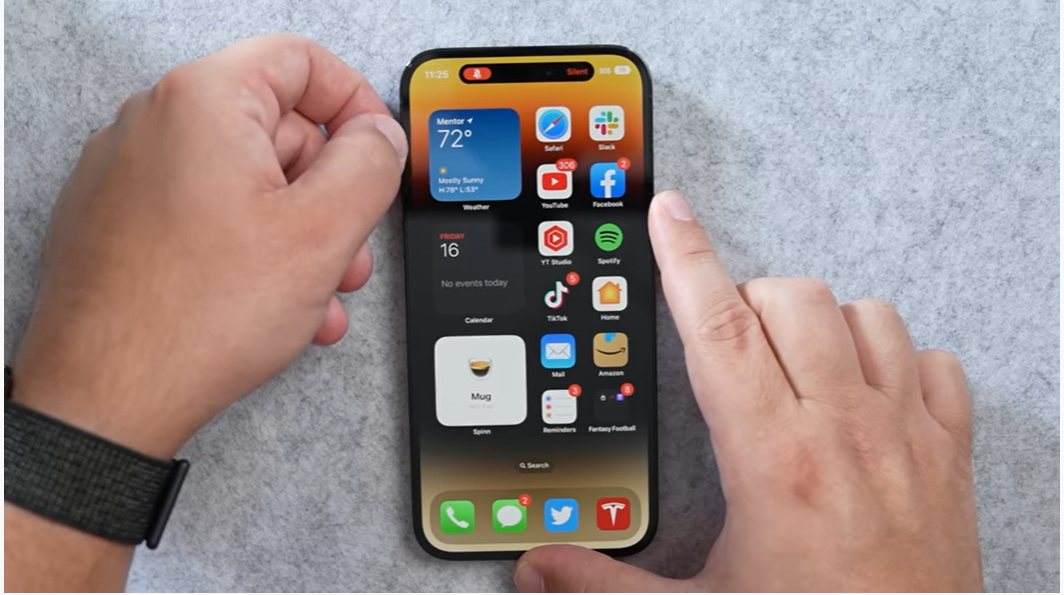 Furthermore, System Alerts and Notifications are going to be some of the more useful options that you’re going to run into, that are currently available. Those include notifications for when you get an incoming phone call, connecting some air pods, face ID, airdrop, the silent switch being turned on or off, low battery, and much more. These are probably the most useful additions to the dynamic Island as I mentioned. I like that I can set up a timer and then have some music playing, and at a glance, I can see the timer and how much is running. Usually, you’d have to go back into the app or ask Siri, and even then sometimes Siri doesn’t get that right. So it’s nice to get that information at a glance. 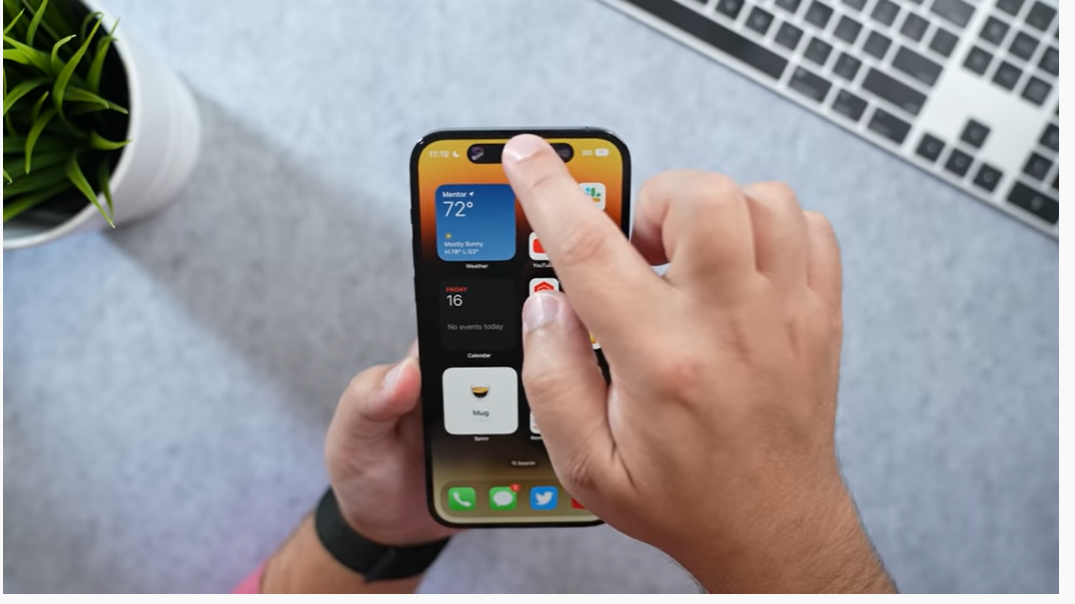 The best part is I can interact with the island by long pressing to bring up the widget, for whatever function is currently happening, or you can tap to launch into that specific app. There’s been a lot of talk about whether it’s better to tap into the widget, long press into the widget, or long-press into the app. There’s been a lot of talks about which one makes more sense, and I do agree with the criticism that it does make more sense to tap into the widget rather than tapping into the app. But Apple wants you to go into these apps because there’s more robust functionality available obviously within the app than you would with the widgets. 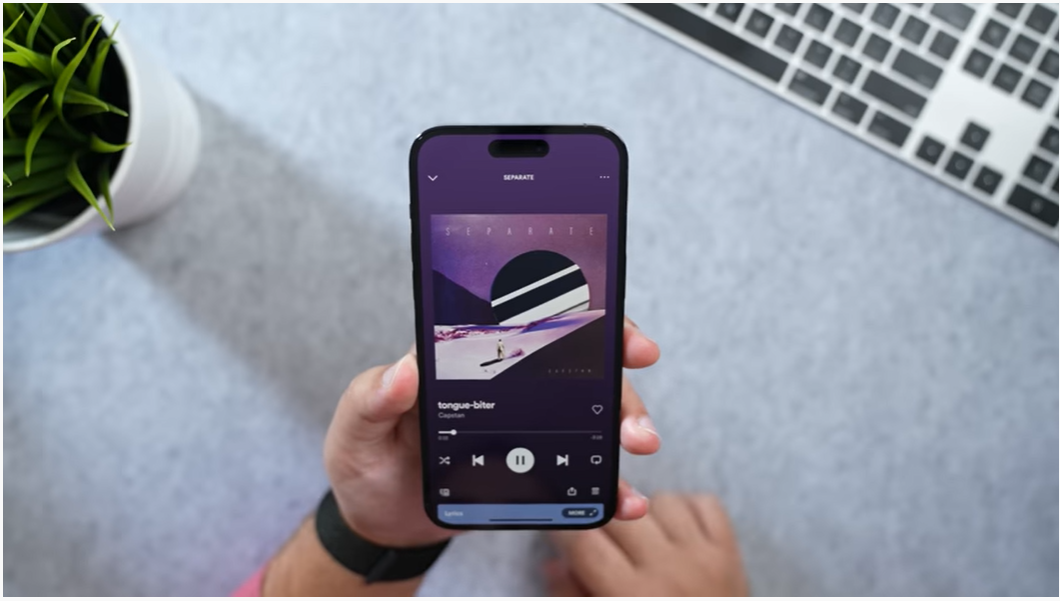 Moving on to Now Playing, you can see the album art and a waveform icon on the island, signifying that audio is playing. This works with the music app as well as Spotify, Amazon Music, YouTube Music, and some other Audio Apps, and services are out of the box with more coming shortly. this is also where tapping for a widget would make the most sense. I don’t want to have to long press into the widget to get up the music controls, I don’t always want to launch into the full music app. I just want to skip tracks quickly or maybe skip through a song quickly and be able to tap on that. Just getting the widget right away would be much better than a long press. Either way, it’s still very useful to have all of this up here in that little Dynamic Island area.

Now I forgot to mention that if you have multiple functions or tasks going on, the island splits off into two sections. One for each service or app. You’ll have the main longer pill shape cut out for the current APP that’s probably taking priority, and then it splits off into the little hole off to the other side, where you’ll have the secondary function. It’s very nice to have such a feature that easy to switch and tap back and forth between those functions or apps. Technically the music does fall under the Live Activity section as something that currently going on within your iPhone. But you’ll see out-of-the-box, map directions, voice memos, ongoing phone calls, and even screen recordings will be up there in the Dynamic Island along with other live activities that are available.

The call Kit API means WhatsApp, Google Voice, Instagram, and Skype will work out of the box as of right now. So you’ll see ongoing calls from those apps up here again on the island. With future live activities, API developers will be able to add their apps as we saw in the keynote. Things like sports scores can live up there, which I’m super excited about. You can track your favorite team and get that live sense of what’s going on, without having to jump into the app. Furthermore, you can get something that is my personal favorite Lyft or Uber ride updates, as someone who had to take quite a few lifts over the last couple of days. I don’t always want to go into the app, so this would be nice to see where’s your driver location and you can do that by just looking up on the island or on your lock screen.

When it comes to iOS 16.1, obviously in the future developers of other apps will be able to add their app functionality to the dynamic Island. But right now it’s limited to select third-party apps, core system functions, and applications. Even at this early stage, I’m a pretty big fan of the island and how well it works. It’s incredibly responsive and it’s useful to see this ongoing information for apps that you might otherwise need to fully open up every time you want to get that Information. I’d love to hear your thoughts in the comments down below! Did you get your iPhone 14 yet?? or if you got the pro version, are you liking the dynamic Island? Please let me know in the comments down below!